Suppose you are given the following business rules to form the basis for a database design. The database must enable the manager of a company dinner club to mail invitations to the clubâs members, to plan the meals, to keep track of who attends the dinners, and so on.
Each dinner serves many members, and each member may attend many dinners.
A member receives many invitations, and each invitation is mailed to many members.
A dinner is based on a single entree, but an entree may be used as the basis for many dinners. For example, a dinner may be composed of a fish entree, rice, and corn. Or the dinner may be composed of a fish entree, a baked potato, and string beans. 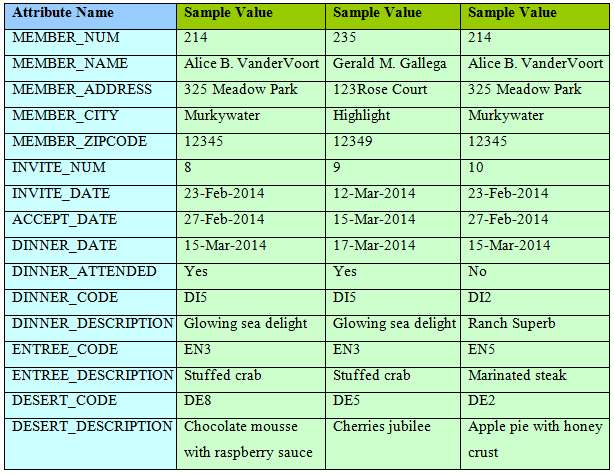 (Solved) : Suppose You Are Given The Following Business Rules To Form . . .